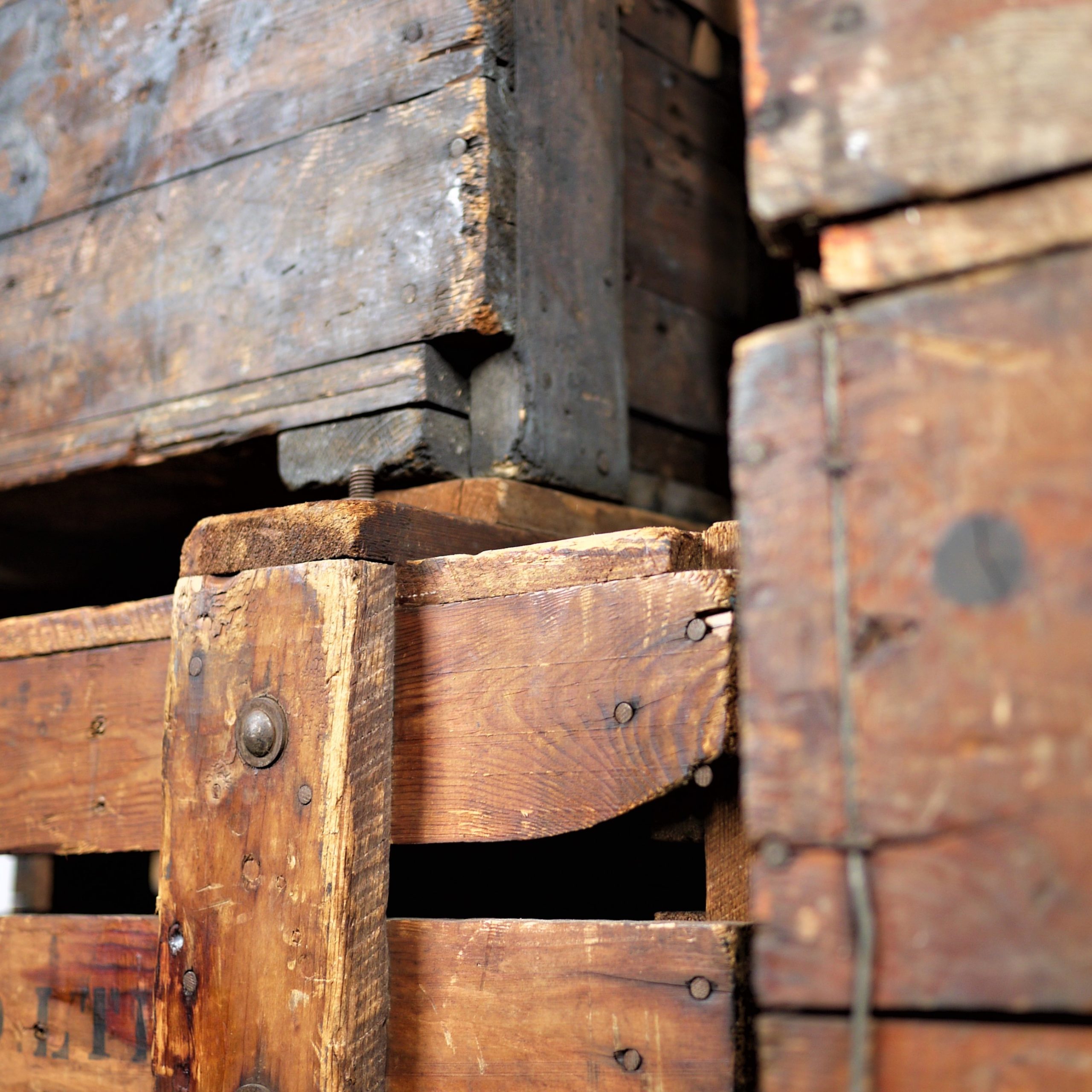 We were recently contacted about the clearance of an old textile Mill, H.Green & Co, North West of Leeds, the Mill had stopped working as a textile mill many years ago and most recently was refurbishing electronic components. Housed in a wonderful Victorian brick building close to the River Aire the Mill was in Cononley West Yorkshire. In the 19th Century textile production was a huge industry in the region, enabled by good access to canals for transport and rivers for the water for textile production.

Apart from the building not much remained of the Victorian textile Mill history but hidden at the back of one of the workshops we found a very dusty collection of the original mill equipment, workbenches, storage boxes, trestles and trolleys. Heavy Victorian working equipment. Given their age (mid to late 19th Century) everything was in pretty good condition so we have simply given everything a gentle clean to bring out the original colour. The mill workbenches benches are the ‘piece de resistance’, weighing nearly 100kg, they have solid cast iron legs and heavily used original pine worktops. Perfect as the real deal console table or even as a rather heavy duty potting table. There was a number of gorgeous pine boxes, solidly made and with the standard wire reinforcement. The box maker, WM Bannister & Co Ltd Cowling Nr. Keighley (just a few miles down the canal) was clearly stamped alongside the Mills branding, totally original. The larger boxes were used for storage in the workshop and the smaller more rugged ones are heavy duty shipping containers for machine parts. We recovered one complete box which still has its original bolted lid, a heavy rugged box used for shipping. We got hold of two pairs of stunning large trestles most likely used for access platforms around the machinery and two great trolleys.

A wonderful find and a lost slice of North England’s rich manufacturing history.