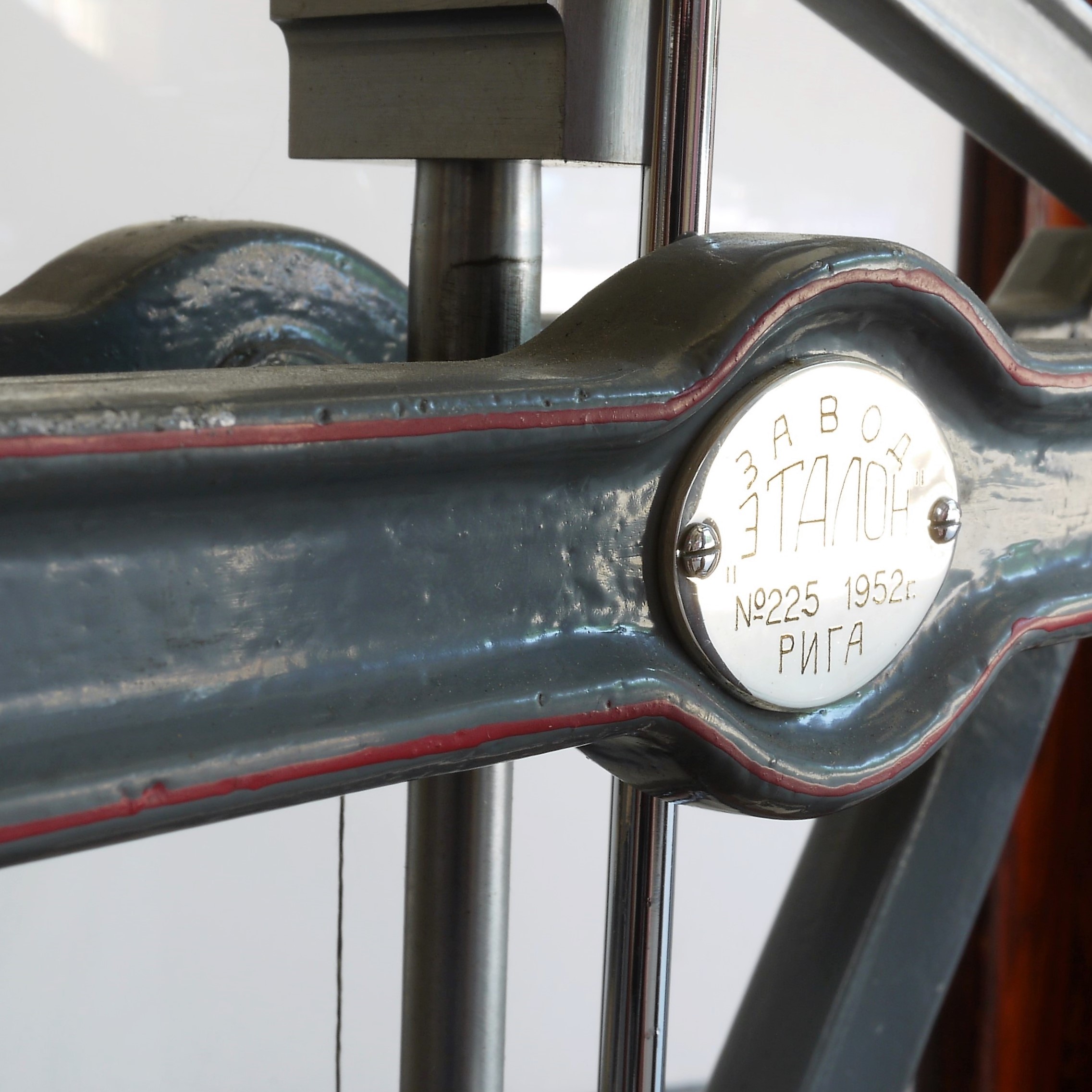 Traditional manual beam operated precision scales are sadly disappearing from daily use as electronic scales take over. Precision balance scales are commonly found in laboratories where they are kept in protected environments avoiding dust and any form of damage. Precision balance scales are simply used to maintain the accuracy of other scales, the precision scales being the ‘mother’ test standard. Each scale operates within a weight range so for example a scale 10g – 100g, 100g – 500g and so on, testing and maintaining the accuracy of the weights used on the other scales. The Precision balance scales have a master set of weights which are very carefully handled with gloves as use, damage, even the natural oils in the technicians fingers can alter the weight. The master weights are firstly used to check their own accuracy and then used to measure the accuracy of other weights used in daily operations in a laboratory environment.

This large collection of scales came from the VEF factory in Latvia. The VEF factory was founded in 1919 and produced a variety of electrical componentry and most famously the worlds smallest Minox camera. After WWII VEF grew substantially to be the largest factory in Latvia producing over two thirds of the telephones used in the Soviet Union.

The scales date from the 1950’s and are sold principally as decorative items. The larger scales have amazing cast metal assemblies and are thus quite heavy. Most of the scales work but they need to be set on a fairly level surface where they then need to be levelled precisely using the adjustable feet and various other internal levels. When perfectly level the beams can be balanced and adjusted and the scales will balance.

A stunning piece of practical history from the VEF factory.