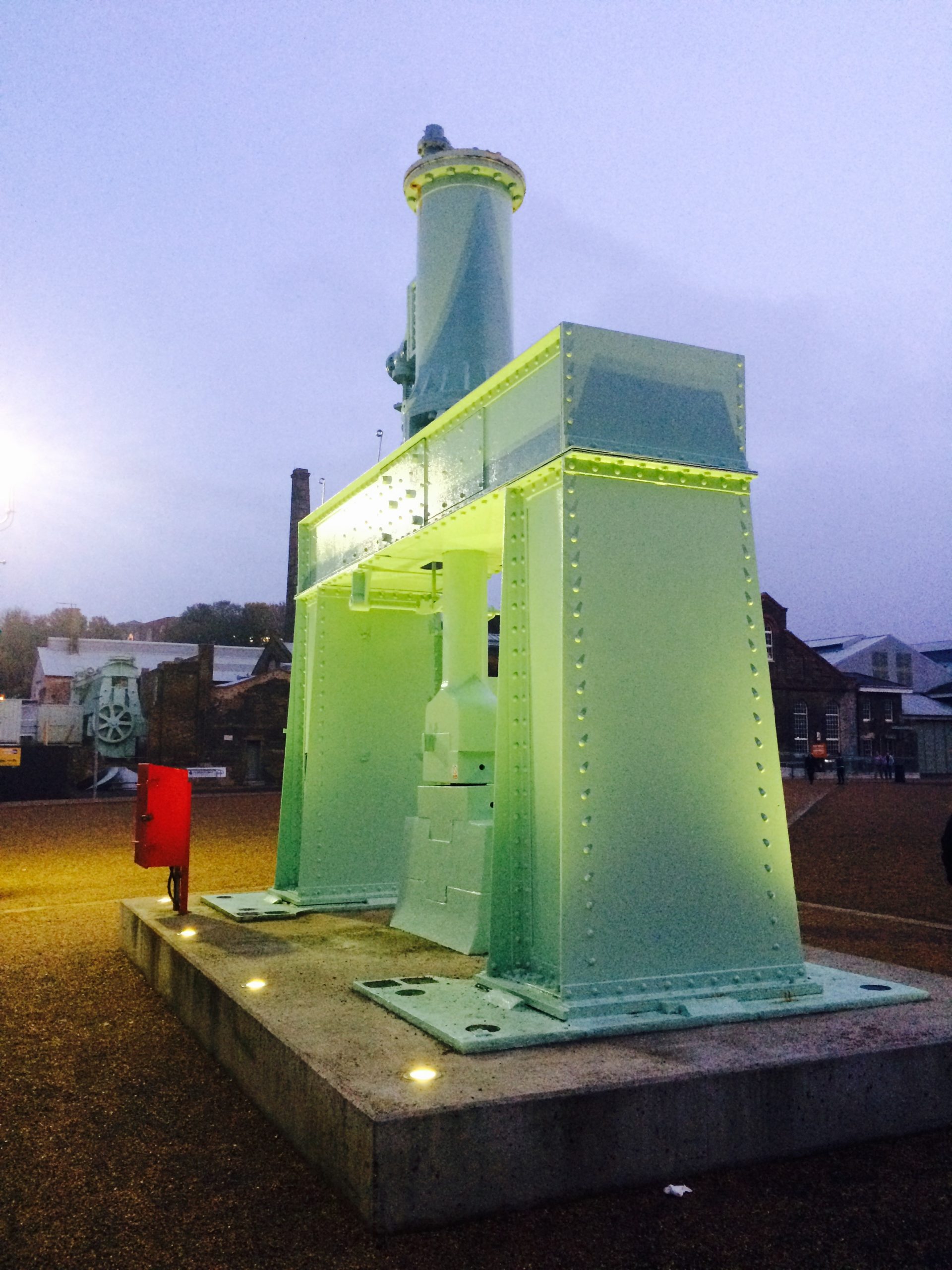 England is a treasure trove of history which I thought I knew fairly well, but for some reason The Dockyards at Chatham had not been on my radar, that is not until recently. Tucked away strategically on the Thames Estuary the approach to The Dockyards is a bit disappointing. Passing through suburban sprawl and various drab out of town shops and hotels, gradually the landscape changes. Industrial dock buildings appear in front of you, you sneak a glimpse of tall ships and Georgian buildings and you start to feel you are entering a very large commercial dockyard.

As we entered and parked the car, it all seemed a bit quiet. We couldn’t quite get a feel for what we were about to explore and what to expect. It seemed to have the feel of part attraction, part docks and part a working community. It had that “docks” feel as if we were about to load the car and head of on a Channel ferry.

The Dockyard is a massive five-acre site and you need a full day or more to do it justice. Armed with our trusty guide map and still not knowing where to start we plunged in and headed straight for the obvious big ships and started on the HMS Gannett. HMS Gannet, an Osprey/Doterel class sloop, was ordered by the Admiralty and laid down in Sheerness Royal Dockyard in 1876. HMS Gannet was commissioned as an operational unit of the Royal Navy for the first time on the 17th April 1879. The Gannet is one of the last surviving sloop rigged boats also powered by coal fired steam engines, I suppose an early version of dual fuel. She bridged the gap in Naval history between a full wind powered sailing vessel and the eventual move to mechanically powered vessels. She represents the huge strategic change between the glorious (not at war time) age of sail and the sudden rush to mechanical powered steel warships which still prowl the high seas today, much the same as the move from propeller powered flight to jet propulsion.

The Gannet has a wonderful genuine feel even though she has lost her engines and boilers. She is a ship with personality; she has been beautifully restored and sits like a proud old lady keeping watch over the yard. Take note of her last few amazing years of her service, in 1913 she was anchored in the river Hamble, and became a dormitory ship for the training ship Mercury. She took hundreds of disadvantaged young boys who faced a bleak an uncertain future and she trained them to join the Royal Navy. The venture began in 1885 and was backed and organised as a charitable venture by Charles Hoare, (of the banking dynasty). Over the years the training was increasingly managed by Charles Hoare’s mistress Beatrice Holme-Sumner. I’m not sure of the whole gossip here, but eventually (in 1998) Beatrice married Charles Fry (the famous England Cricketer), who eventually became the ships Superintendent, what a juicy tale.

Next stop was HM Submarine Ocelot, if you haven’t been on board a working submarine this is an essential visit. I’m not the best with enclosed spaces and as you wait to board there is a rather small mock-hatch demonstrating how tight the real hatches are to squeeze through down below. The demonstration hatches didn’t help how I felt, but within seconds of boarding any reservations I had were completely put to the back of my mind, the experience was all immersive.

HM Submarine Ocelot was the last warship built for the Royal Navy at Chatham Dockyard. An ‘O’ Class diesel electric submarine, she was launched in 1962 and saw service with Royal Navy throughout the height of the Cold War until she left service in 1991. A normal sized crew would consist of 69 submariners, although she could carry a maximum of 80.

As you journey through the submarine the atmosphere is amazing, it’s as if you are part of the crew and you wouldn’t be surprised if the alarm sounded and you started to dive or take action stations. The authenticity is extraordinary, nothing has been restored, and everything is as it was the day the submarine came out of the water. Every knob, dial, pipe, sign, hatch or bunk is just totally original, worn, and used, you can just feel (and smell) the hustle and bustle of the submariners living aboard. It felt tight with our group of 15; I cannot imagine how it felt (or smelt) with 69 crew submerged for months at a time.

The same applies to the HMS Cavalier, HMS Cavalier was the Royal Navy’s last operational Second World War destroyer and is now preserved at Chatham as a memorial to the 142 British destroyers and over 11,000 seamen lost at sea during the war.

Built in 1944 at Samuel White’s Isle of Wight yard, HMS Cavalier served during the war in the Arctic and the Western Approaches before joining the British Pacific Fleet as the war came to a close. Refitted and modernised in 1957 she continued to play an active role as part of the Royal Navy’s Far East and Home fleets until she found a home at Chatham in 1972.

So many historical landmarks have (for all the right reasons?) been over-restored, or sanitised for health and safety, or worst still stripped of authenticity and covered in modern signage to facilitate tours. Not so at Chatham, the joy of The Dockyards is that they still have this exceptional authenticity, you can use your own imagination and create your own experience.

There is just so much to see at Chatham, but for me the highlight was without question the Rope works, It is quite simply the most exceptional historical experience possible. Rope has been continually made on this site since 1618 and is still commercially produced there to this day. The Rope works building is a quarter of a mile long (based on the length of rope required for anchor rope for sailing ships of the 18th Century) , and breathtakingly original, I can’t do justice to the whole process and history of making a rope at Chatham, so go and see it yourself and appreciate the critical history this building played as you walk on the floorboards in the footsteps of Nelson. How many miles of rope have been produced here? The Royal Navy was supplied with Chatham ropes for over four years, without these ropes we wouldn’t have been an Imperial power and we wouldn’t be England. Together the buildings of the Ropery form one of the finest integrated groups of 18th Century manufacturing buildings in Britain.

The Dockyards are also literally crammed with listed buildings (100 listed buildings of which 47 are Scheduled Ancient Monuments) all in good serviceable condition, but not restored. In 1984 after four centuries as a hard working RN Dockyard, the site ceased its military life and started its journey to where it sits today as a charitable trust, I just prey that in the years to come as the site develops it does not lose this extraordinary atmosphere. Generally as a nation we are brilliant at balancing preservation with the commercial demands of running an historic site to raise revenue, but we still do occasionally get it wrong.

The history is humbling, there is just too much to describe and too much to see. The Dockyards are also home to a thriving community of small commercial enterprises, from design studios and creative spaces through to offices and galleries. People live and work here, it may not be a fully working dockyard but it still is a working site and this is the critical key ingredient in making The Dockyards a success. The Dockyards still has over 100 commercial tenants and mixed with the general housing the residents make full use of the wonderful buildings and adds their own sense of community. This is no static lifeless old-fashioned museum; there is life, energy purpose and charm. It shouts that it is proud of its heritage and recognises that this must be retained as a national treasure in perpetuity. But go now, before the site changes, there are plans afoot and hopefully the atmosphere won’t change, but go now.

We eventually left as dusk was settling in and the rain started to drizzle. The lady at the exit was waiting patiently for us, jangling the keys, ready to lock up behind us. But she didn’t rush or chase us out instead she wanted to chat, to ask us what we had enjoyed and to tell us about the new discovery centre being planned. This happened to me once before at Temple Newsom outside Leeds, we were the last ones admitted and we ended up walking out with the caretaker helping him lock up and shutting down the house as we made our exit. These are what I call “stolen moments” where the boundary between “visitor” and “resident” gets blurred and someone somewhere winds the clock back hundreds of years so that you in fact become, for a very precious moment, a small but wonderful part of the very fabric of the building. Go now and enjoy The Dockyards at Chatham, it is a hidden Gem, absolutely world class.