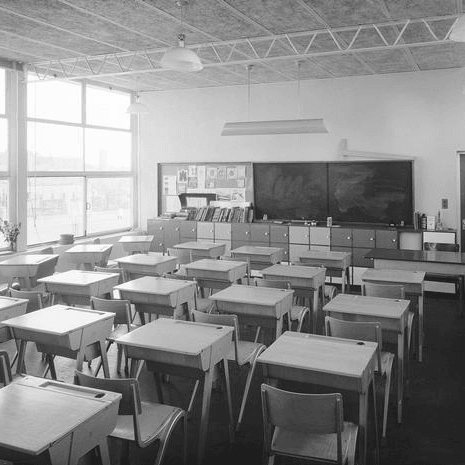 If you have been following our journey at Merchant & Found, you will know we have always been big fans of the work of British designer James Leonard. What has surprised us is just quite how little is known about him, what he designed and his legacy. A quick Google will throw up very little with the only decent article being by Peter Wyeth for Mid Century Magazine. Curiosity got the better of us so we contacted the delightful Mid Century magazine editor Tabitha Teuma, who very kindly put us in touch with Peter. We dropped an email to Peter and was delighted to receive a charming reply and a subsequent telephone call was arranged.

A few days later Peter and I managed to catch up on the phone and he teased me with a few stories about the elusive Mr Leonard so I felt a lunch date to progress our conversation was the best option. I was basically hoping that free food and alcohol would allow me to ply as much as I could out of Peter. A week or so later we finally met for lunch and shared what we knew about JL. It turns out that Peter is a bit of an amateur sleuth and the only active member of the JL fanclub, although I think he realised that I was about to sign up as the second (at this stage honorary) member. To cut a long story short we both have a passion for design and architecture and are both great fans of the JL story. We have agreed to further our research and somehow do justice to a man whom we consider was not just a great designer but a very important part of the development of British furniture in the post war ‘modernist’ era. We haven’t quite put a plan together but we have agreed to further our research, to put a timeline together, possibly champion an exhibition? But most importantly to gather together as many facts as we can and celebrate the work of the elusive James Leonard.

So to start with, here is a very brief synopsis of some of the facts, mostly plagiarised from Peter’s article for Mid Century Magazine but with the addition of a few extra snippets along the way. We have evidence from the London picture archive that the Educational Supply Association had offices in a rather grand building on Grays Inn Road in 1879. From what we can gather it was essentially a business set up to supply schools with a range of equipment from desks, stacking school tables and other furniture through to books and equipment. It was undoubtedly started around the time that the law changed at the end of the 19th century to make school education compulsory and a whole new burgeoning market opened. We know ESA produced much of their range and had a factory in Stevenage which specialised in wood furniture production, we have an aerial photograph from 1928 (Courtesy of Britain from Above).

ESA was run by a larger than life character Jonny Appleton. In 1946 having just demobbed from the RAF and at the age of 42 James Leonard joins ESA as a designer and courts JA with his passion for modernist design and opens his eyes to the Scandinavian modernist design movement. The two of them head off on a whirl wind trip of the leading players of the time in Scandinavia, Artek etc and following JA’s design epiphany JL starts work on a new modernist collection for ESA. At this time there was much support for the use of new materials and ‘industrial production’ using some of the learnings from war production and JL champions the use of cast Aluminium and moulded plywood as key materials. One of JL’s first major designs for ESA was undoubtedly the X200 Aluminium nesting Chair, designed with a stunning refined aluminium frame that could only be produced by pressure casting of Aluminium and not sand casting, JA was at this stage hooked so at vast investment (£50,000) the right equipment was purchased in the US and JL’s aluminium framed chair was born.

The key period of design was 1947/1948, and proof of this exists with publication of the designs in Domus in 1948 and the British Design Annual, two years before the ‘innovative’ so called compass leg design of Prouve, that’s a whole other story…
We believe that over 1 million chairs were produced in a 15/20 year period and a whole range of aluminium and plywood furniture was developed for what must have been a very successful phase of ESA’s development. At some stage the brand name ‘Esavian’ was created, a mix of ESA and ‘Avian’, It was created as a brand to sell products within ESA and we have good evidence of JL products branded Esavian but at some stage ‘Esavian’ became a brand in itself and started to develop screens, initially for school partitions, which grew into sliding doors which grew into huge sliding/folding doors for aircraft hangers, the aircraft door opportunity really launching in 1971 when Nigel Jewers joined ESA with a considerable knowledge of the larger sliding door market and in 1987 Jewers acquired the Esavian door business from ESA. To this day Esavian doors is still part of the Jewson stable.

James Leonard appears to have worked at ESA until his retirement in 1982 and sadly ESA closed its doors on 11th February 1987. (Source DL Hanick JL’s assistant from 1951). So there you have it,  a rather fast and sketchy history of ESA and James Leonard, but take this brief journal entry as just the start. Our mission is to pull together a far more comprehensive story, to fill in the blanks and champion the elusive Mr Leonard. If you have anything to add, or indeed want to join our rather small (but it has doubled in size) fan club then please let us know.

With thanks to Peter for his help and input, the story will continue.