1930’s original working French Magister pinball table – Les Fleches. Magister was registered in Paris in 1928 by Louis Wolf a phonograph manufacturer. The game is a very early purely mechanical game which still bears some of the original art deco painted pattern. We have serviced the internal mechanics which are in good robust condition designed to withstand a working life in a French bar. Originally the table was designed to reward players with tokens which were redeemed in the bar for drinks or cigarettes, because this was a mild form of gambling it was effectively outlawed in 1934 when gambling was restricted to Casino’s. Originally coins were inserted to release the balls which were manually fired into play by the large spring plunger. Balls then circulate around the table and points were allocated according to where they came to rest and prize tokens were then rewarded accordingly. At some stage in its life the token system has been disconnected and we have left it so, to release the original chrome balls the operator must instead open the token drawer and pull the original lever. Unlike modern pinball machines with paddles, the skill in this game is limited to the speed and delivery of the balls via the plunger. An exceptional early game in superb condition complete with a number of original tokens and five chrome play balls.

Our workshop team inspect every product and carry out any needed repairs to ensure that everything leaves us serviced and maintained ready for many more years of life. All of our vintage products show the rich beauty and history of their life with the knocks and bumps of many years of use and we try to minimise restoration to keep every piece as original as possible. 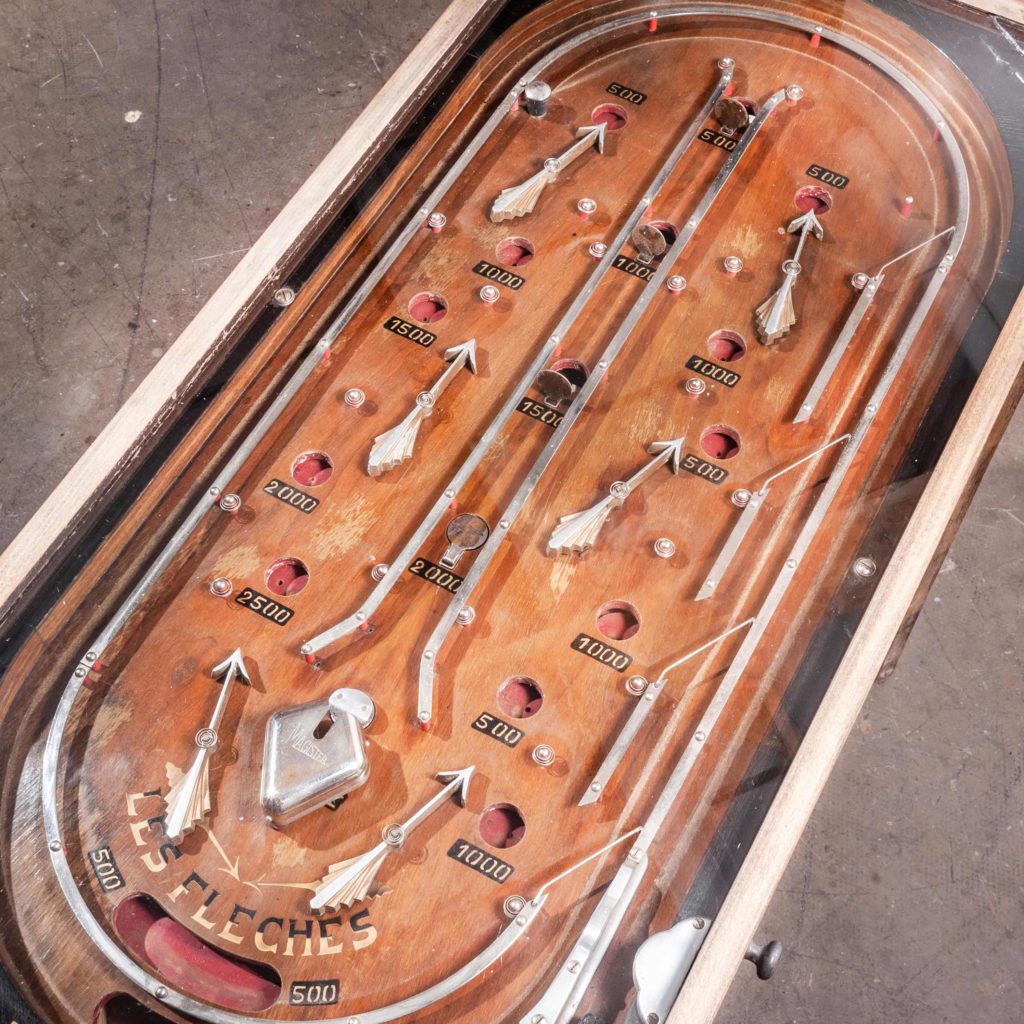 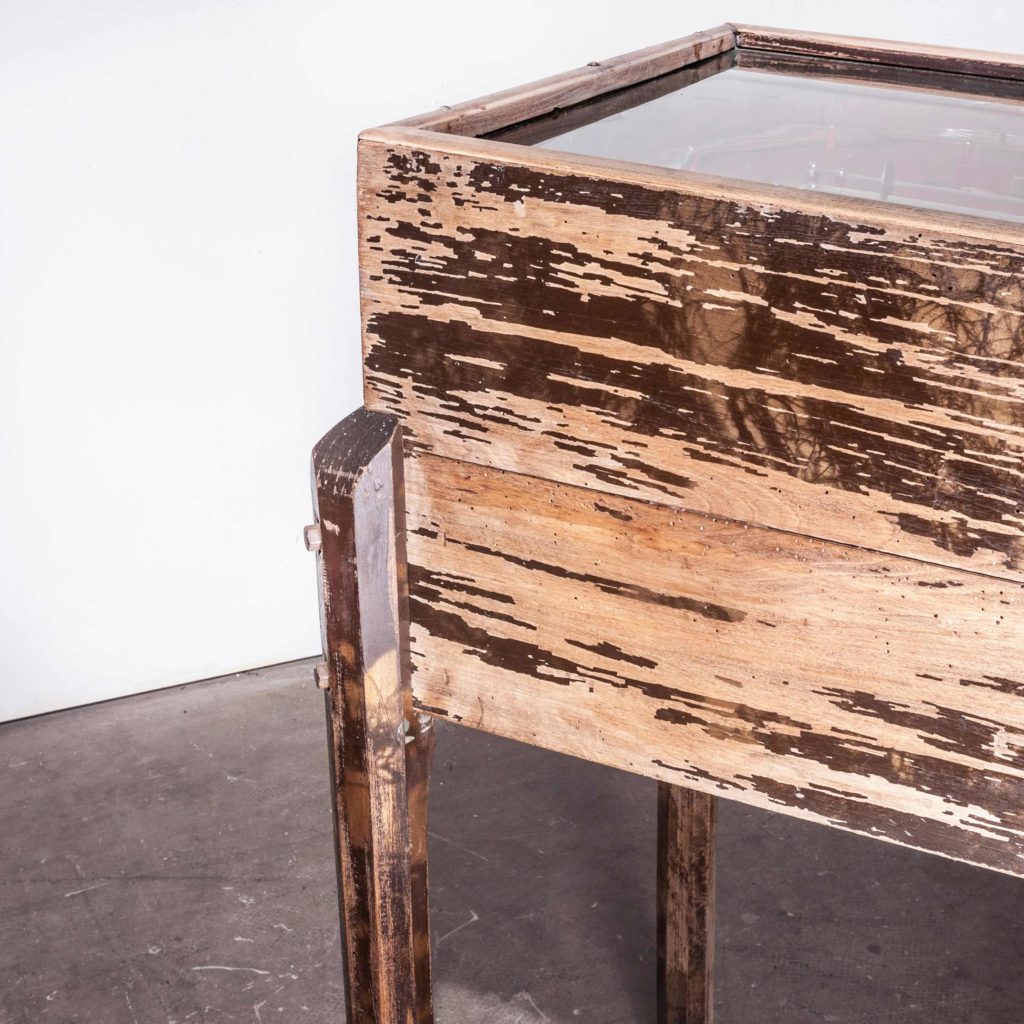 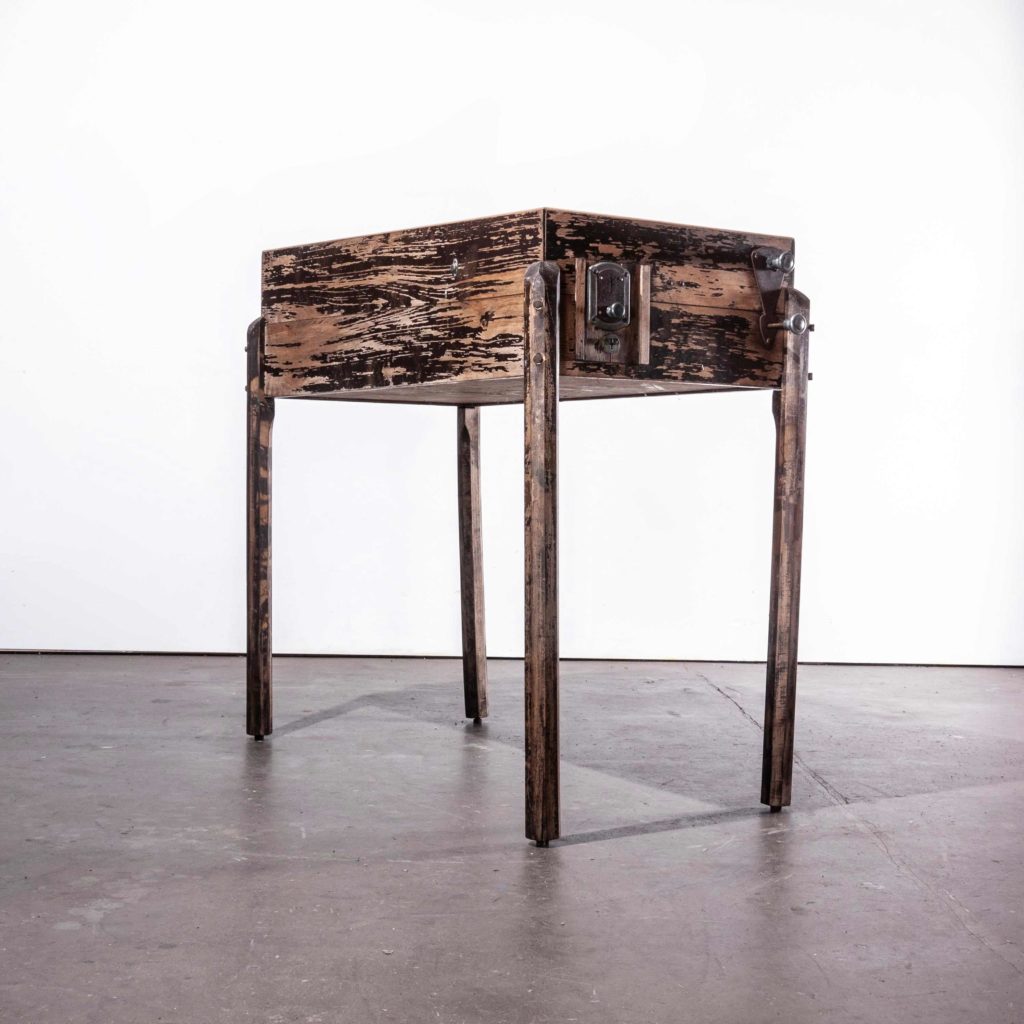 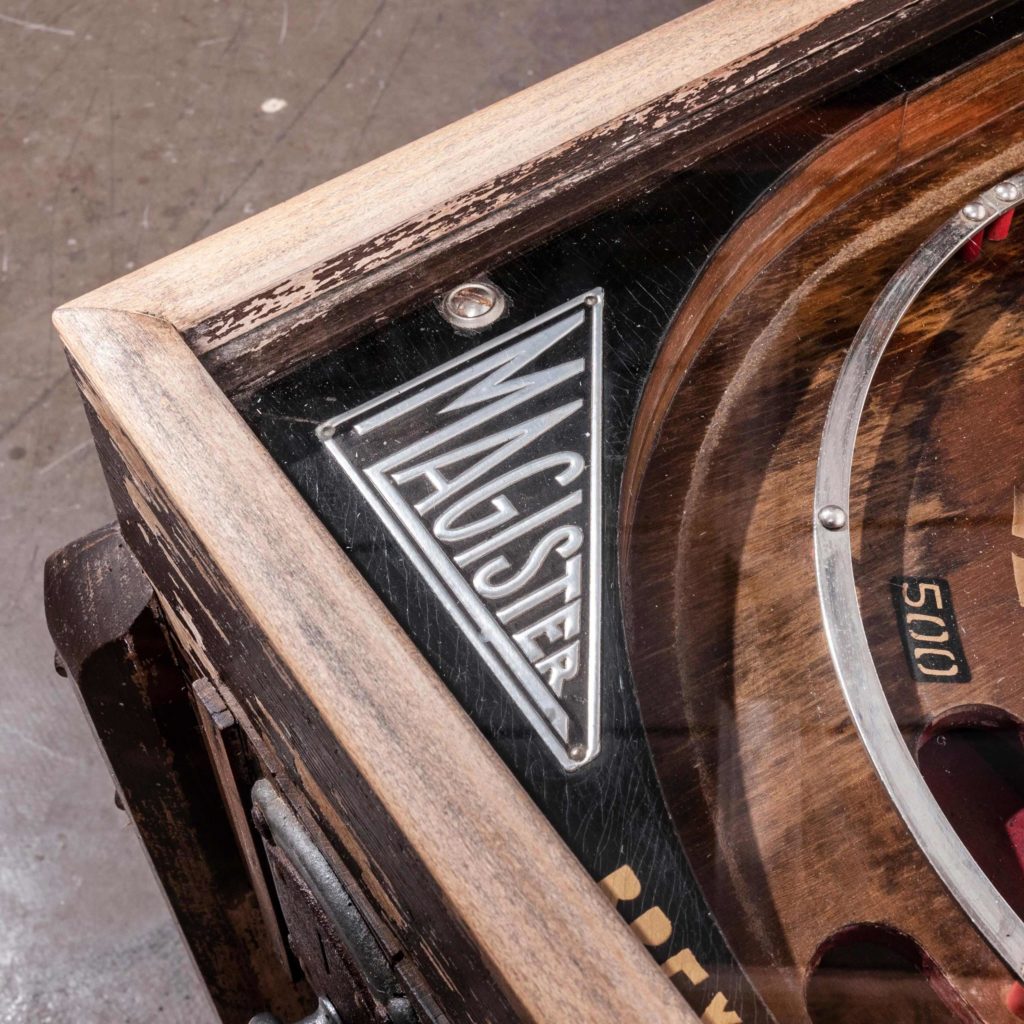 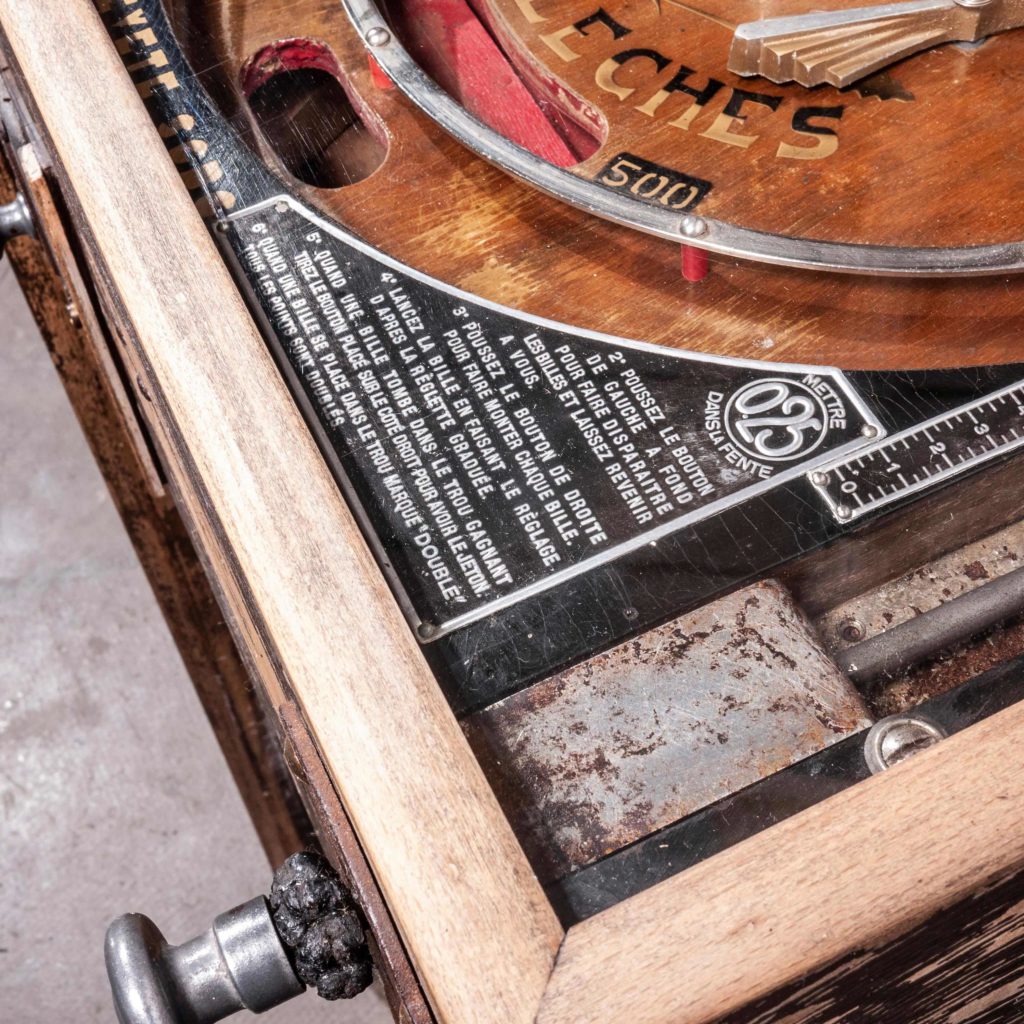 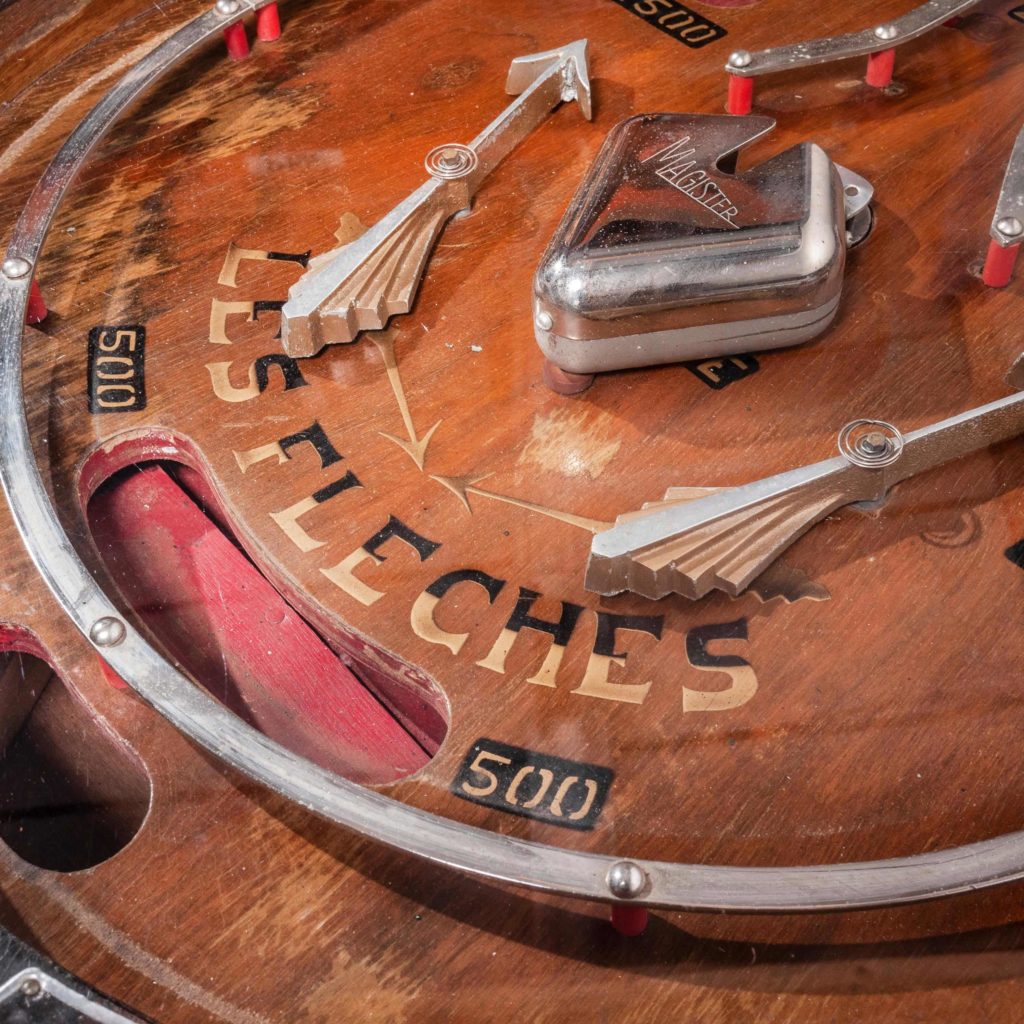 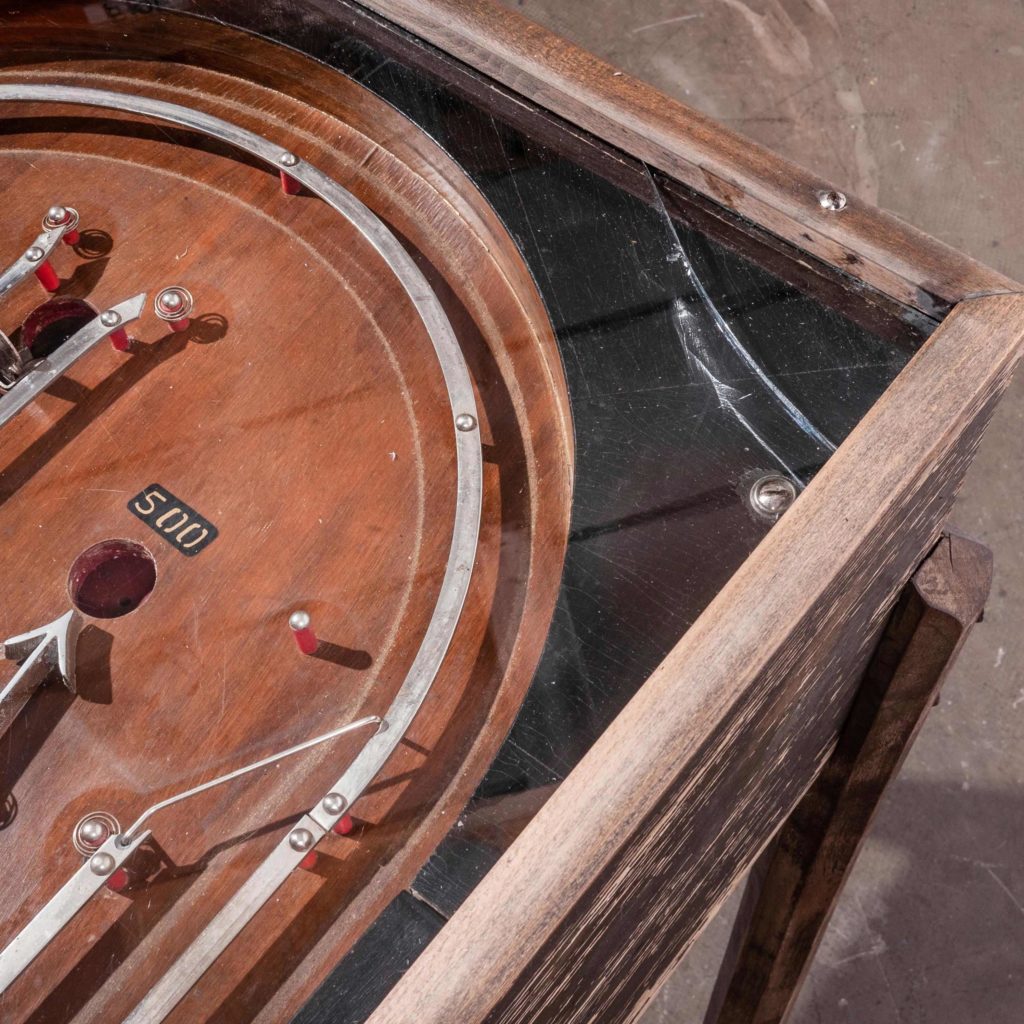 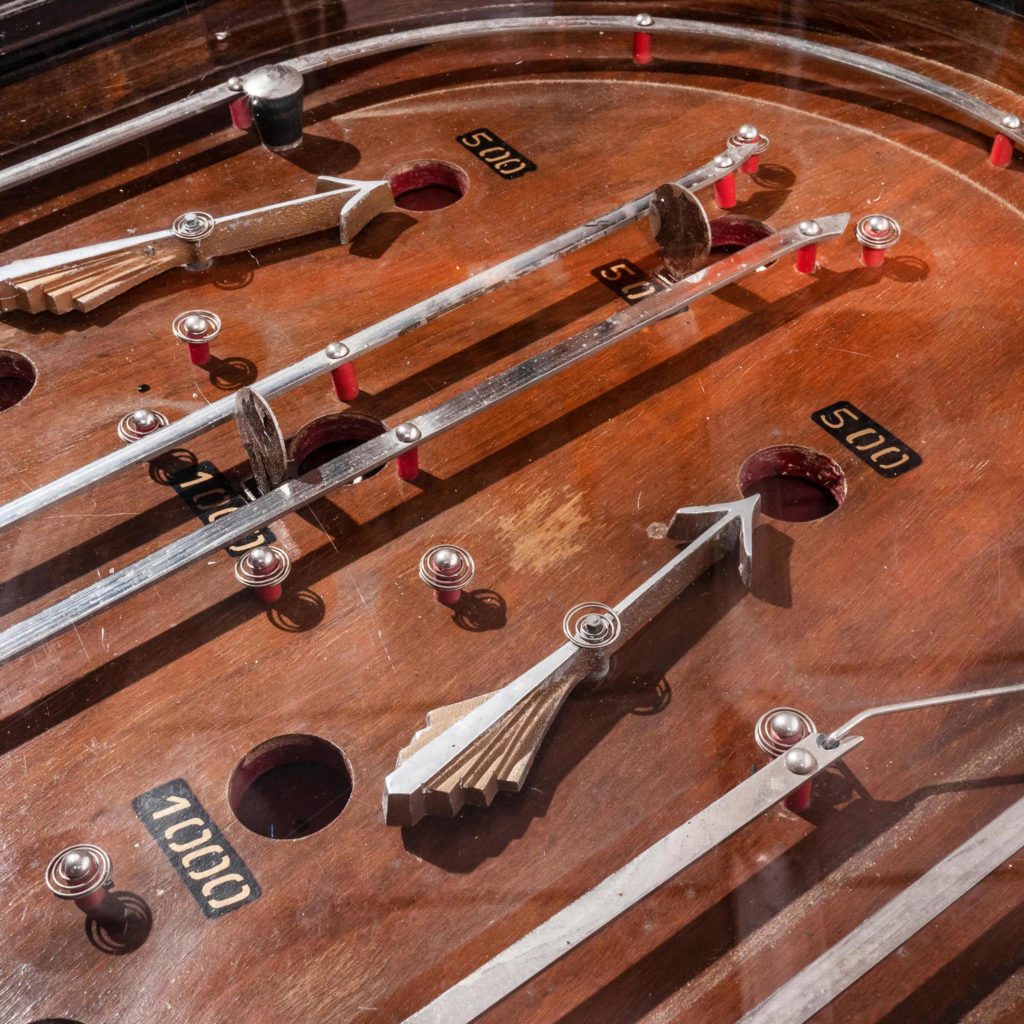 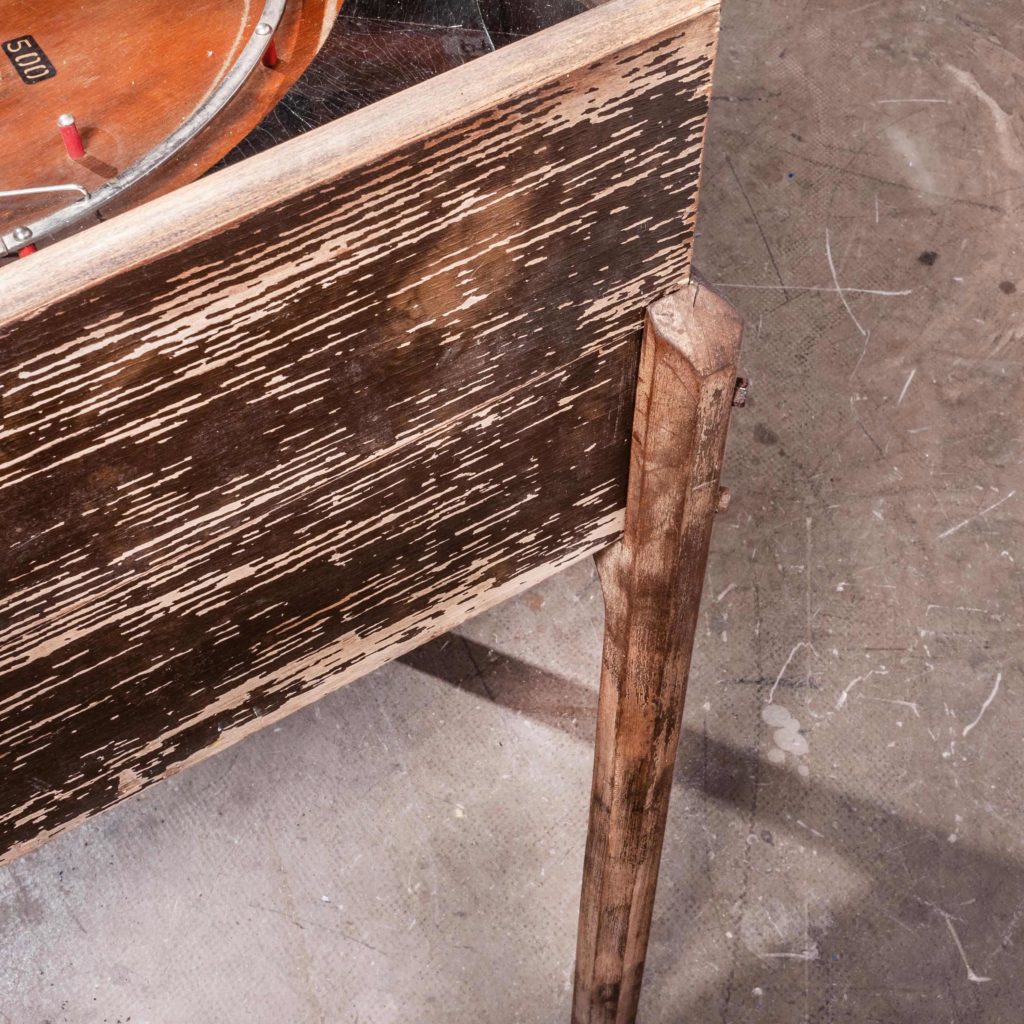 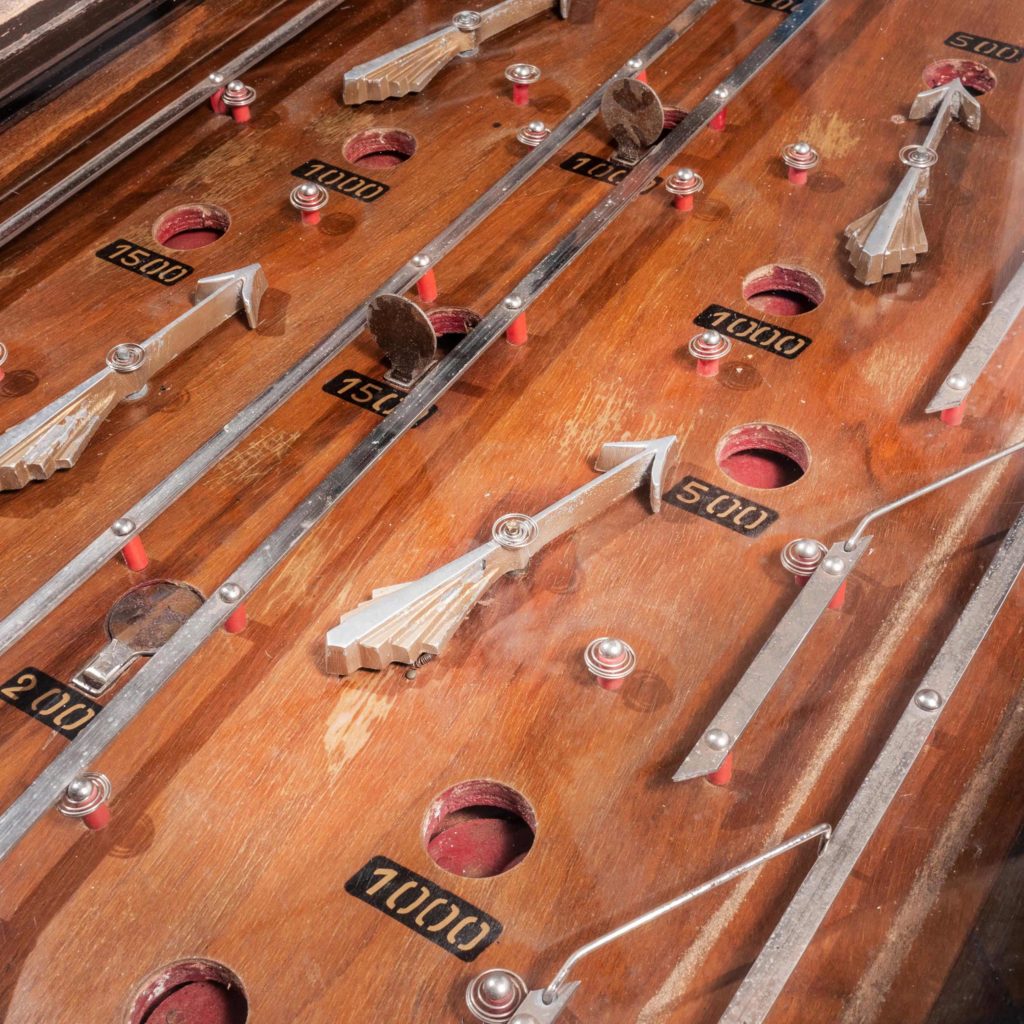 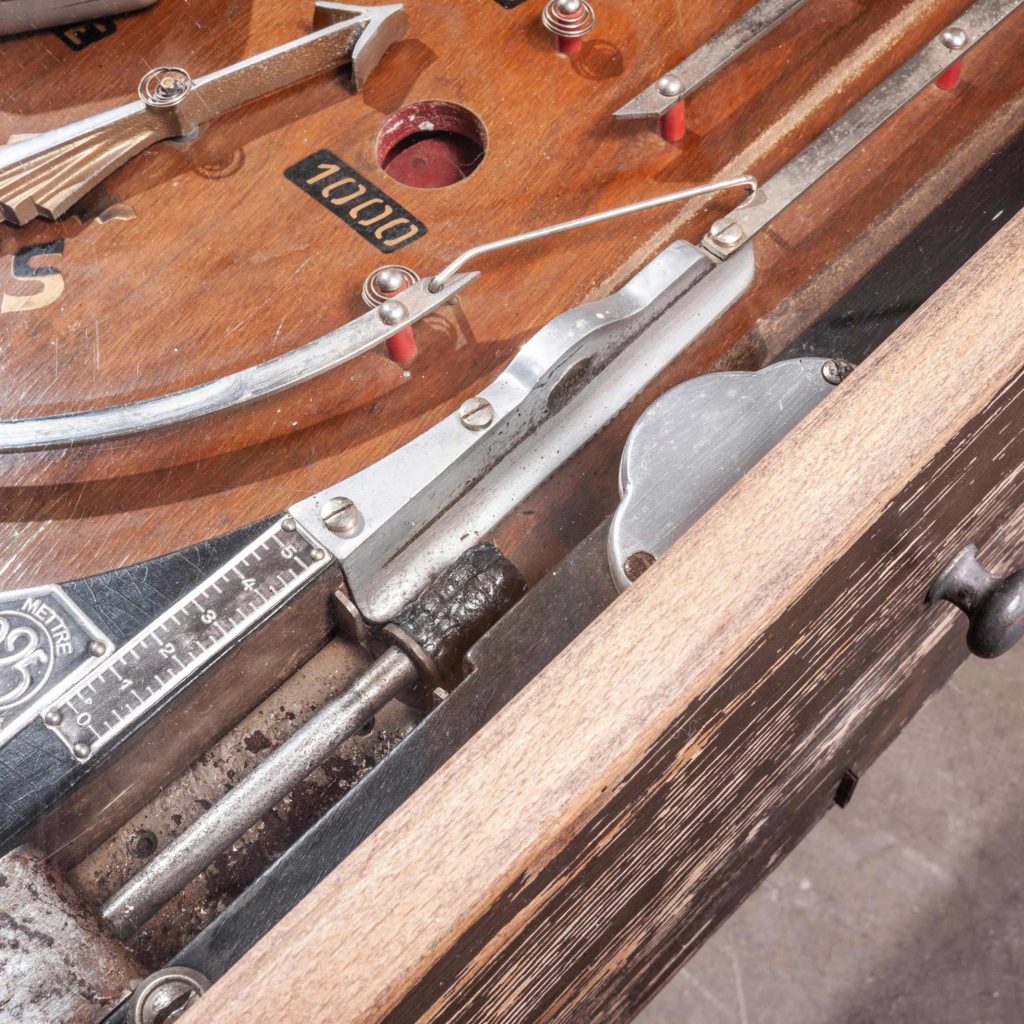 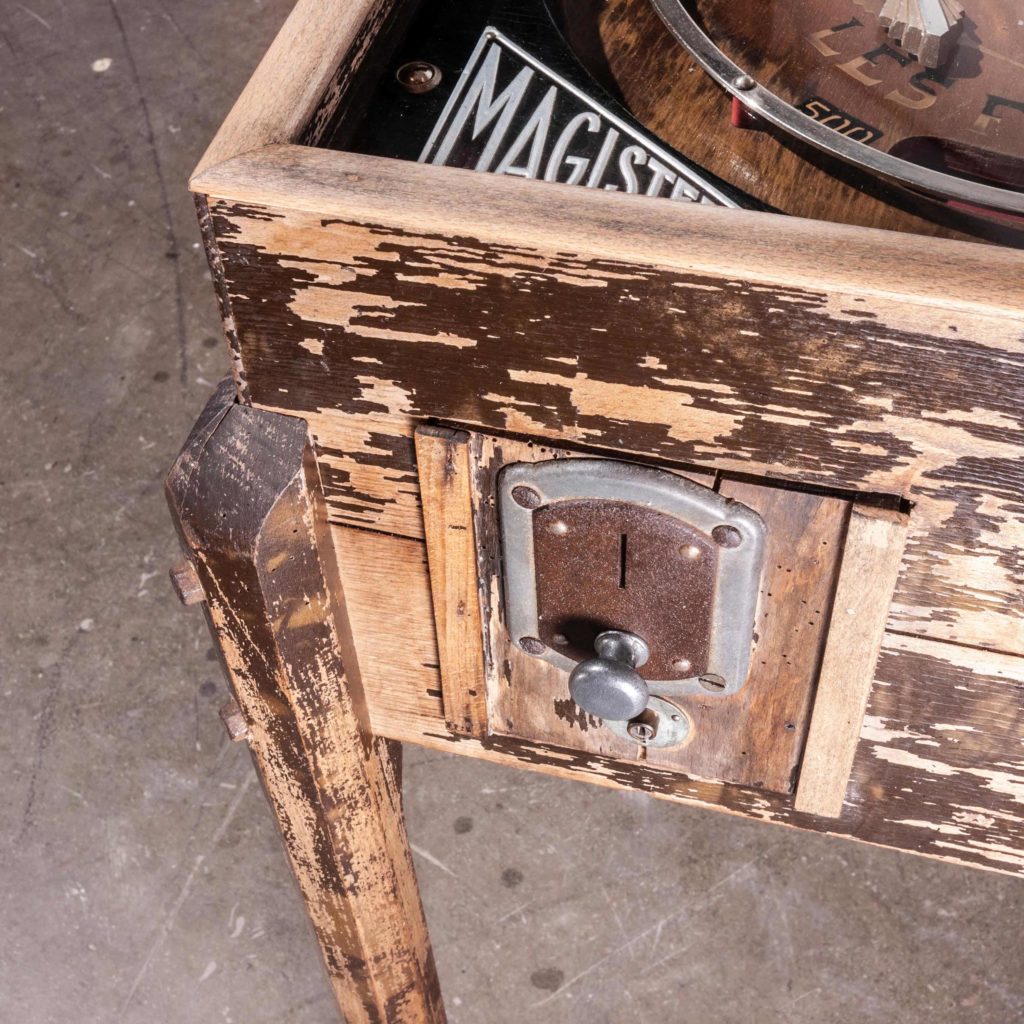 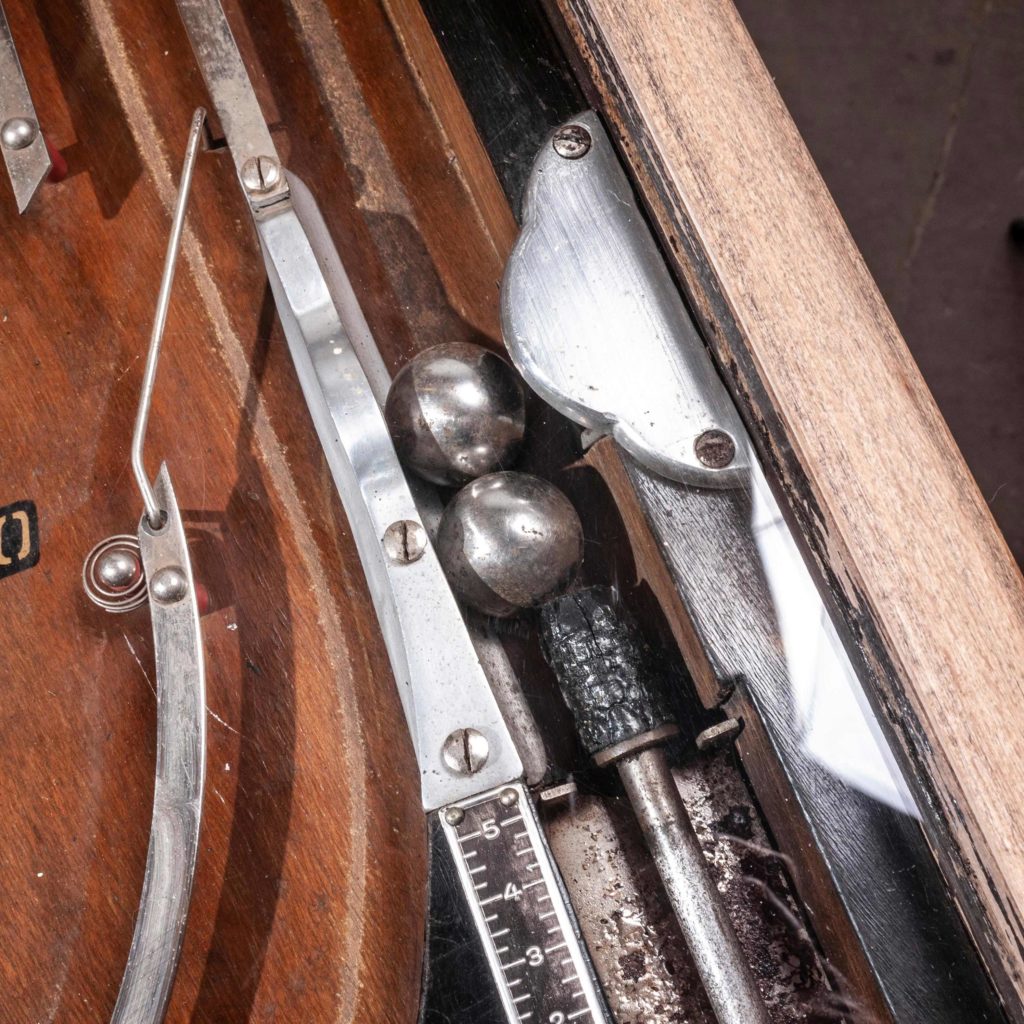 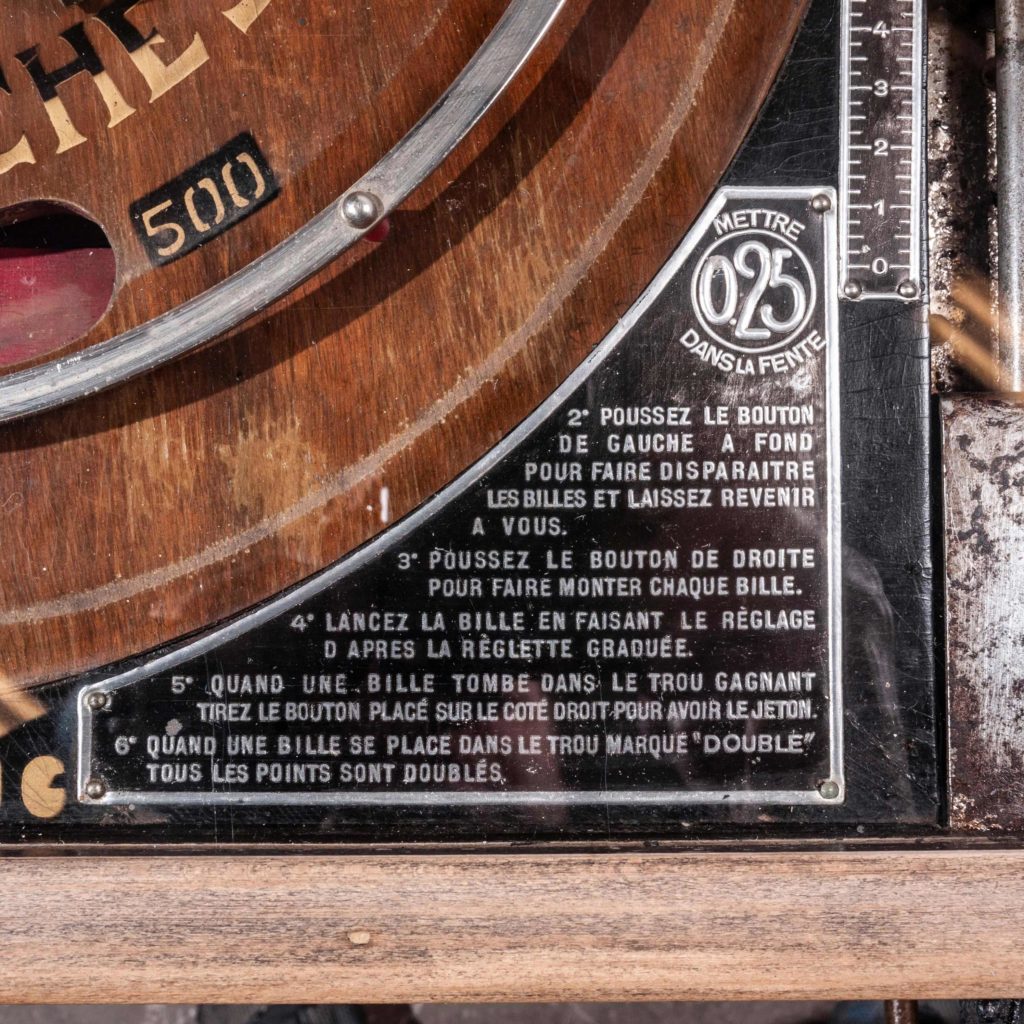 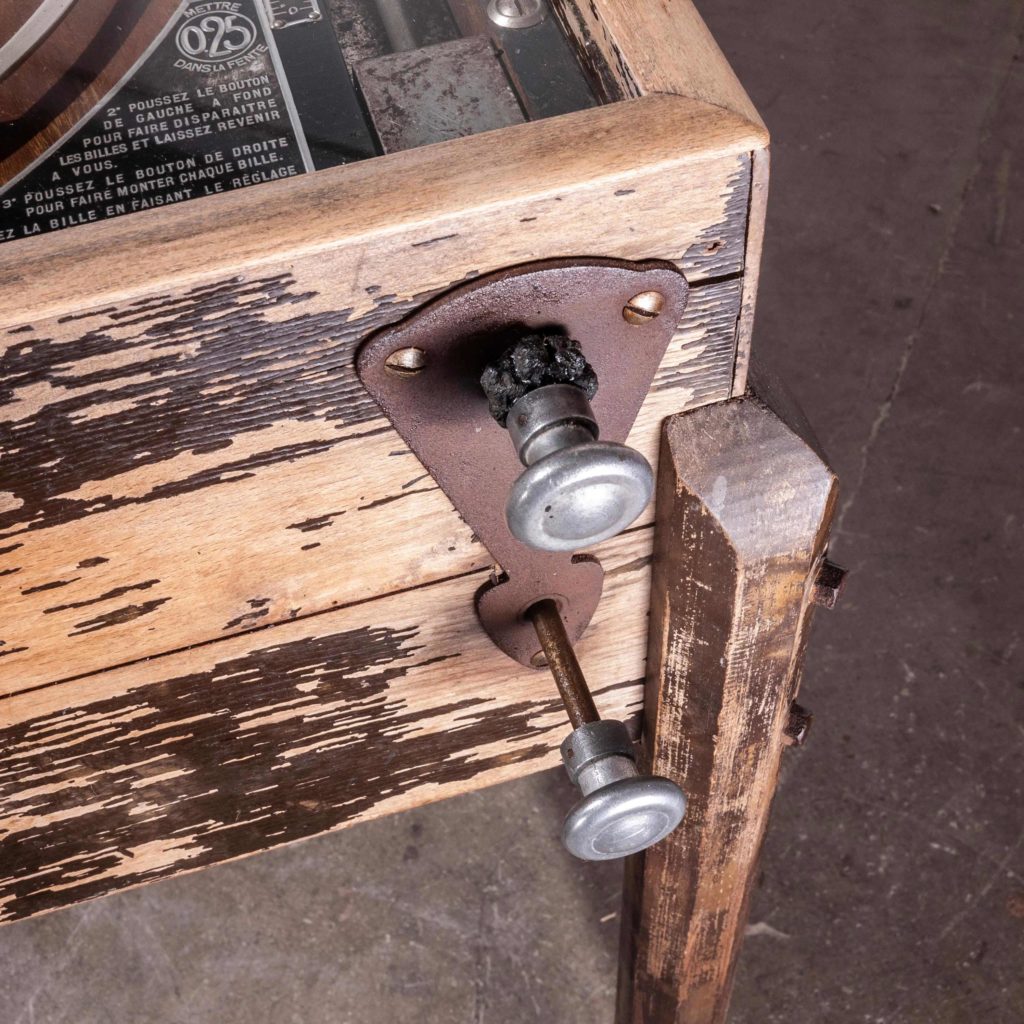